The day after our trip, we were preparing for our Christmas Eve dinner and continuing winter holidays in Cyprus. In Cyprus, as well as in Greece, Сhristmas is celebrated on December 25. So we spent Christmas Eve with my boyfriends family at a restaurant and then went out with our friends for cocktails.

The main celebration was the next day when everyone gathered at the big Christmas table. This is the moment when you feel like a part of a big Cypriot family and, believe me, their families are really big! The table was filled with homemade treats, and after our hearty meal, we enjoyed each other’s company with stories and what not. Even though it was overwhelming with so many family members, they made me feel very comfortable in this warm atmosphere. By the way, my boyfriend isn’t too fond of big family gath but me personally, I never experienced it, so I enjoyed it.

That evening, we stayed at home, as a new adventure awaited us the next day!

On the day after Christmas Day, we went on a tour to explore another part of the island. The first stop was one of the most famous resorts – Ayia Napa in Cyprus. In 45 minutes we traveled from Nicosia to Agia Napa.

So why is Ayia Napa so famous and popular between the tourists and locals? There are both fans and haters about this place, so let’s find out why!

The city was named in honor of the shrine of the Blessed Virgin Mary, which was found here. The icon and the area began to be called “Panagia Napa” (the Holy Mother of God from the forest), and over time – simply Ayia Napa. Later, a chapel was built over the cave and then became a temple. Today it is the monastery of Ayia Napa, which I advise you to visit.

A tourist who nd.

So imagine my surprise when we had arrived there and I found only a “ghost town”. All clubs were closed and there wasn’t not even one soul around. The only one who was our company while we were walking was a cat. But! I had the unique opportunity to see all the clubs (from outside take pictures (I suppose in the summer, with a crowd of people it is impossible) and listen to the stories of my boyfriend’s crazy parties here. Check my video.

The only place that was actually open, was the Hard Rock Cafe, Agia Napa. So if you will be Ayia Napa in the winter, a place for lunch and a cup of coffee is here. By the way, in front of the cafe, there is a cool stone inscription “I Love Ayia Napa”, where you need to take a picture of the lovely memories!

One of the most non-trivial sights not only of Ayia Napa but of all of Cyprus is an open-air international sculpture park with amazing views of the sea. Entrance is FREE. In the summer it’s quite hot to walk around and enjoy the sculptures, in the winter it’s just perfect. As I read, at the entrance on the plate, the park opened in 2014. What you will see at this park copies of ancient sculptures, modern international projects, various monuments related to the ancient history of the island, and interesting interactive memorials.

For example, look at my photo in an empty square frame with a height of about 3 m, which “looks” at the sea. The frame in the background of the azure of the Mediterranean Sea is a “must-have” for all fans of likes in social networks.

Next to the Sculpture Park is the Park of Mediterranean plants, cactus, and succulents, but we didn’t really go there.

Our next stop was Protaras, which is the next touristic location, after Ayia Napa. It’s as a family destination and only about 10 km from Ayia Napa.

The resort is relatively new, but already has a developed tourist infrastructure and is famous for its hotels, bars, and restaurants. At the same time, it remains a quiet and family-oriented place. It is also known for its really beautiful beaches. On the way there, we also stopped at the famous Cape Greco (be sure to visit this romantic and breathtaking place). Cape Greco is known for it’s amazing panoramic, views, of the sea, as well as it’s caves and cliffs where you can also jump as an activity from 10 m+ heights.

In winter, there is a “dead zone” when hotels are preparing for the new season, and the sea is so clean and clear with endless sandy beaches. We made a stop for photos near one of the famous beaches – Fig Tree Bay. The bay owes its name to a beautiful fig grove. The 300 m long beach area is covered with delicate ivory-colored fine sand. With perfectly crystal clean waters the bottom can be seen and my thoughts were basically, WHEN will summer come already! Fig Tree Beach has a small island located a few hundred meters across… where you can swim around.

One of the reasons why sometimes I don’t like winter is that it gets dark SO early! Therefore, we did not have time to get into the famous Famagusta ghost town. If you have never heard of it, I will say a few words and then you can make your decision whether you are ready to meet the ghosts of the past or not.

In the 1970s, Famagusta was the main tourist center in Cyprus. Between 1970 and 1974, the city was at the peak of its popularity and was visited by many famous people of that time. It was considered the Monte Carlo version of Cyprus. Among the stars who visited, were Elizabeth Taylor, Richard Burton, Raquel Welch, and Brigitte Bardot.

On July 20, 1974, the Turkish army invaded Cyprus, and on August 15th of the same year, the Turks occupied Famagusta. Sixteen thousand people left this place with full confidence that they would return back in a week or two, but they have never returned… Sounds scary. Since then, this area has been fenced and looted and things stayed as they were during that time and period.

Two days after our return to Nicosia, we had been already on the plane on the way back home to Athens. Cyprus has remained in my heart and there is still so much unknown to me that I will definitely come back. And next time is in the summer, so new adventures await us…

MAKRINITSA GREECE – THE BALCONY OF PELION

The 5 Best Museums in Dublin for History Lovers 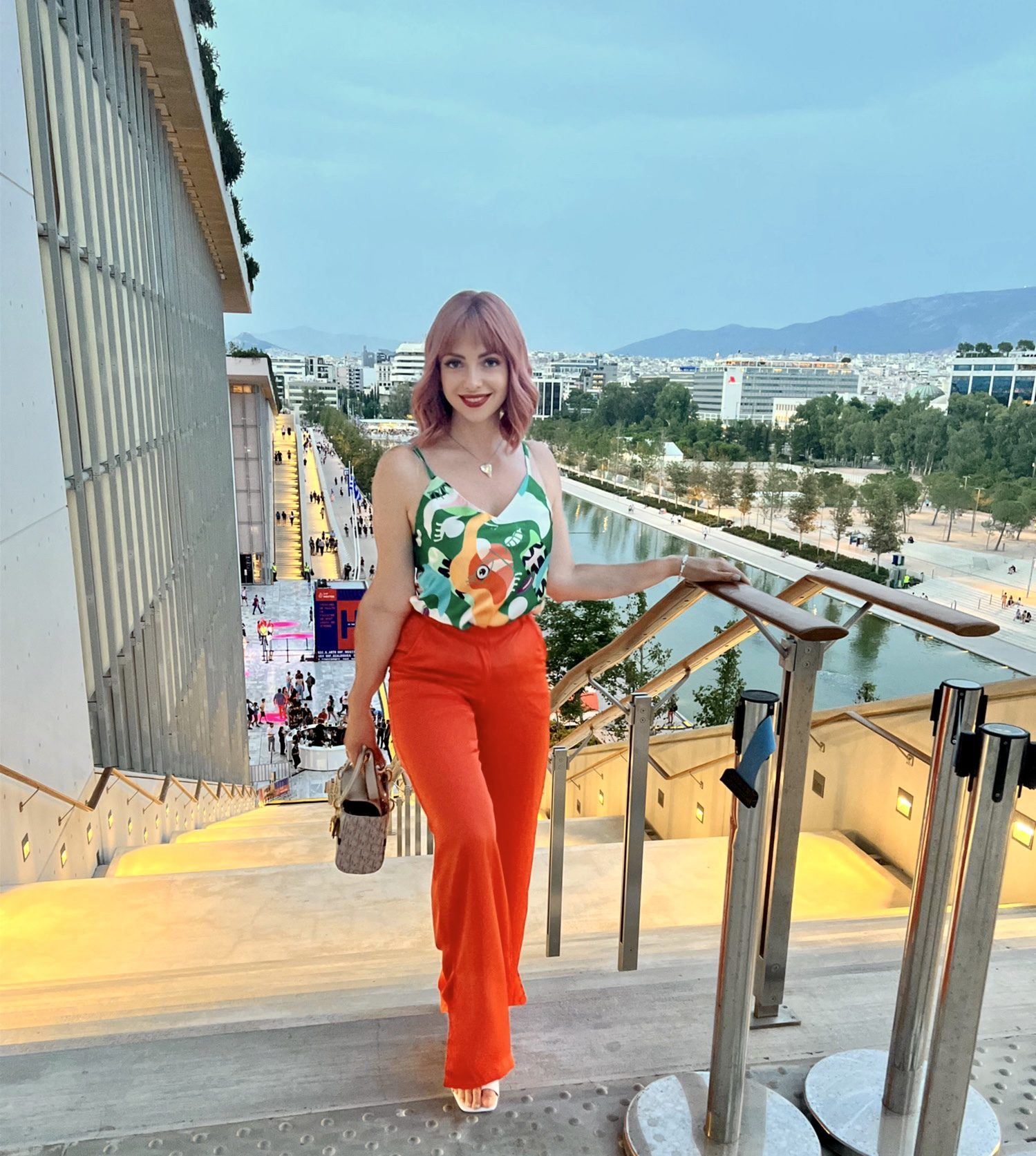 Hi, I am Katerina, a multinational girl who currently lives in Athens, Greece.   From a very young age, traveling has become a passion in my life and I am so happy to share my travel experience and tips with you.

Want to travel without any limits?  Keep reading. Limitless Travelling with K. - an inspiration for you,  a pleasure for me.